Founding of the Club

home / Founding of the Club

Founding of the Club

You are here: Home1 / Founding of the Club 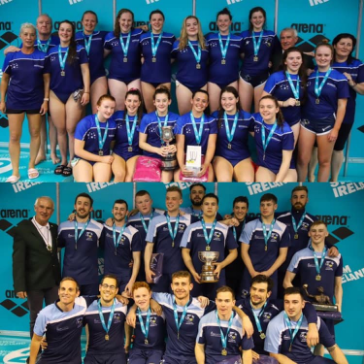 The following information on the background and formation of the Club is courtesy of Lorcan Caulfield.

Prior to the construction of the swimming pool at St Vincents, there was a swimming club  formed  at the school in 1964 and  members trained in other pools situated in Dublin.

Initially, the main objective of the club was the teaching and development of lifesaving skills and early success was achieved in 1965 when two members, Joe Caulfield and Russell Orpen were members of the Dublin Primary Schools team which won the Cyril Hardy Memorial Trophy in Belfast.  In 1966 another member, Tony Caulfield, became the All Ireland U/16 Lifesaving champion.

On 21st March, 1969 St. Vincents Swimming Pool was officially opened on the site of St Vincents CBS by the then Minister for Health, Mr Sean Flanagan TD and the Lord Mayor of Dublin, Mr Frank Cluskey. It was described by a national newspaper of the day as ‘the most modern in Britain and Ireland’.

St. Vincents Water Polo Club was founded in 1969 with an initial membership of 10. Among the founder members were Tony Caulfield, Barry Kelleher, Paddy Bowler and Joe Caulfield.