You are here: Home1 / Interview with Aaron Younger

Our next player interview is with Australian captain, Aaron Younger. Aaron has been mastering his trade in Europe over the last 10 years and he is currently playing with FTC Telekom Budapest who won the LEN Champions league, LEN Super Cup along with both the Hungarian league and cup in 2019.

Aaron Younger made his national team debut as a 19-year-old and has already represented Australia at the 2012 London and 2016 Rio Olympic Games.

Eoin quickly chatted to Aaron last week asking how he is dealing with lockdown and asked him for some advice to junior players who are looking to develop. 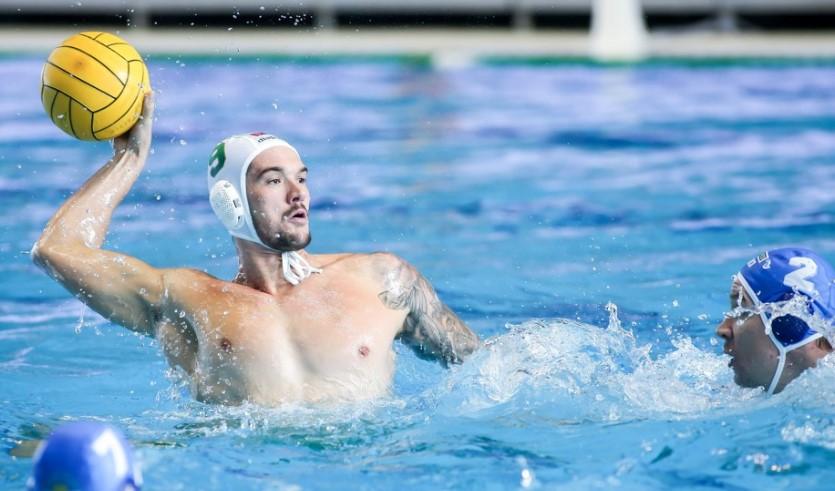 EB: Hi Aaron, thanks for taking the time to answer a few questions.

AY: No problem at all.

EB: How are you dealing with the current lockdown and keeping fit compared to your usual training?

AY: We are fortunate enough to have a private training facility with my club, so we can train once a day in small private groups. Obviously, there is no immediate games coming up, so we are just focusing on skill development and fitness. The hardest adaption is chasing my two-year-old son around while being stuck indoors.

EB: How did you get started in the sport and who were some of the players you watched as a young aspiring player?

AY: I got into water polo around 10 amongst a bunch of other sports such as football and basketball. As I got a bit older, I started to concentrate more on just water polo as I wasn’t the most talented athlete on land. As a young player I was mostly inspired by the local players in the Australian national team who were around the pool and always available to help out such as Tim Neesham.

EB: What was your favourite or most memorable tournament that you competed in?

AY: The Olympics are always hard to beat especially being able to represent my home country Infront of such a big stage. Hopefully Tokyo will be the most memorable tournament!

EB: What advice would you give to young players looking to develop and improve their game?  AY: Probably the most relevant advice would be not to focus too much in one area of the game. The future player is one who can play all around in multiple positions.

EB: Have you had any experiences with Irish water polo, or have you ever been to Ireland?

AY: Unfortunately, I haven’t been able to visit Ireland but once things calm down, I would love to visit at some stage.

EB: Something that we are asking all athletes and coaches is, now that everyone is stuck inside, what old matches would you recommend for young players to go back and watch?

AY: No games in particular. Every game provides different things to learn off so the more the better!

EB: Aaron, thanks again for your time. Best of luck with the rest of the season, whatever that may look like!

AY: No problem, good luck with everything!

Although Aaron didn’t mention any specific game, we thought we would link the champions league final against Olympiakos that he played in last year, with him winning the highest club competition in Europe.The game is also somewhat unique as both clubs are part of sport club franchises – hence the atmosphere in the crowds!