You are here: Home1 / Interviews with Stevie Camilleri and Karl Izzo

This update comes from two of the most recognised people in the Maltese water polo community. It was a great pleasure to talk to both Karl Izzo and Stevie Camilleri who were both very generous with their time.
Karl is the Maltese national team head coach who has brought Malta to new heights by qualifying for the last 3 European championships. Karl is also the director of the world water polo coach’s association. 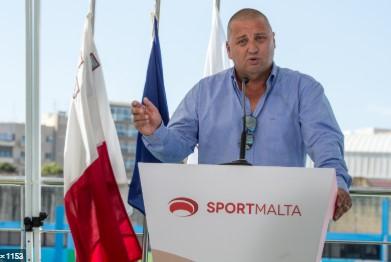 This update comes from two of the most recognised people in the Maltese water polo community. It was a great pleasure to talk to both Karl Izzo and Stevie Camilleri who were both very generous with their time.
Karl is the Maltese national team head coach who has brought Malta to new heights by qualifying for the last 3 European championships. Karl is also the director of the world water polo coach’s association. 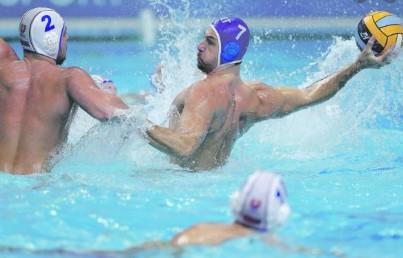 Thanks to both for sharing their knowledge and experiences.

EB: Hi Karl, thanks again for doing this, we appreciate your time and the water polo community in Ireland will enjoy your views!
KI: Good afternoon Eoin, thank you for your kind invitation to reply to some of your questions about water polo. I know very well the passion that Irish have for water polo. I have played against them so many times, I have made very good friends there and I think there is more that they can do in the future.

EB: Firstly, how are you managing with the current lockdown and are you managing to stay active?
KI: It’s a difficult time for all, not just Malta or Ireland but for the whole world. All the sport world is at a standstill. Pools are closed and gyms are closed here as well so it is very, very difficult.

Players are of course now all at home. Many of them, the young players do not have school and the older players do not go to work so, what the clubs are doing, they are also speaking to me like this, they have training sessions via Zoom. They work at home, they do gym work at home and they try to keep fit, its not easy.

The problem is now that staying at home, the appetite will grow, they will be hungrier, they will eat more, they will put on some weight. All the work we all did before this started, will be lost. We must start again from a new preseason.

We don’t know when the pools will open and have no indication. What can we do? They will have to stay at home, they must train, they are well supervised by the club coaches. We have many club coaches who are very good at their work. It’s a problem, it’s a big problem. Let’s hope we get out of it, and we manage to get back to our usual water polo routine.

For national players – we just came back from our European championships at the end of January. I was preparing with the under 19 side to participate in the qualifiers that were going to be held on the 3rd/4th/5th of April at Malta. Our tournament preceding that, we had to cancel as well as LEN had stopped all competitions. It’s difficult, we don’t know when these will be held, we have no indication of that. We must wait and try being positive and make the best of it. Of course, I am also responsible to the national sports school which we have approximately 19 students practising water polo as a specialised sports school. I send them videos to watch, training schedules but it is not as easy as being at the pool all the time.

EB: How did you get involved in water polo and who were some of the players you would have admired as a young player/fan.
KI: I’ve been in water polo for quite some time now. I started off my swimming career until I was 11 then I started playing water polo with my hometown, Sliema. At 18 I was a regular part of the 1st team, I won the league 3 times, cup 5 times so quite a good CV and some very good games with Sliema. My last year was 2002, in the last years I had moved to San Julian, another team which is now strong as well and from there is where I started my coaching career. I played for the national team 93 times and of course I passed on to coaching the national team.
I admired many players; I had the opportunity to play with many strong players. Of course, Malta is renowned for hosting top water polo players in the summer as our league is the only league that is played in the summer. So, clubs do make extra effort to get Malta the best foreigners.

Best I’ve played with? I played with Massimiliano Ferretti, Italian centre forward. Aleksander Kolotov, the Russian giant. I think one of my favourite and best players was Manuel Estiarte from Spain, but you have now so many good players. Ivovic, I think who played in Malta, for me is the best in the world. I really admire Vladimir Gojkovic, the present Montenegro coach, he was a Malta player aswel and who cannot mention Vladimir Vujasinovic, top Serbian player who was in Malta. I had the honour to coach him and is a very good friend of mine aswel as Vladimir Gojkovic. Many Italians Campanga also played in Malta, it’s a long list. And what about the usual, the Serbians still playing with the national team Filip Filipović, Mandic, Andrija Prlainović. All top players and if you start mentioning them, you will never stop! These are the ones who came to mind and that I would admire as top water polo players.

EB: What has been your favourite or most memorable tournament that you have been involved in?
KI: Most memorable are the 3 European Championships I took part in as a coach, as national team coach. 1st one in 2016 in Belgrade, 2018 in Barcelona and the last one in 2020 in Budapest. Playing in a European Championship tournament is always the top one where we can arrive.

It is impossible I think for the Maltese national team to arrive to the Olympics so I think having led the Maltese team for the first time and then for 3 times to these competitions was something that got me a lot of achievements in Malta, gave us a good name and gave water polo a good name in Malta.

I should be proud for having led these teams. Notwithstanding that I will always remember the commonwealth water polo held in Aberdeen, I will always remember the EU nations cup in which I played against my Irish colleagues many times. This is where we started our love in these tournaments and moved onto bigger like taking part in the world league and I am proud to start this participation in world tournaments for our national team.

EB: What advice would you give a young player who is looking to improve their game?
KI: Train hard, eat well, keep fit, listen to your coaches and watch a lot of water polo. That is one of the main things I tell the boys and that’s what I tell them in the school is that you will always learn something from each player and from each game like the positioning, the tactics and the technique. It’s all very important to watch.

Be disciplined and listen to your coach, don’t take notice to the parents as they are not coaches, take notice of your coach. The coach knows well and where he wants to lead the team and the parents only see one direction. I don’t like saying this, but it is true. I keep distance from parents because they can be very badly influential on their daughters or sons.

That preceded immediately the commonwealth cup in Aberdeen, and it was the start us reaching the results that we have reached in the past. I remember, OK technique speaking, I think we were always superior but the first two sessions they can always match us and give us problems.

Of course, I can say that we train much more than you and it’s a higher competition level for our summer tournaments we play winter tournaments. Its easier for us to meet, we travel less so we can train every day together.

When it comes for example to pools, we are no where near you. so really think that and I always spoke especially with Cara, your physio who has done such very good work in your teams and have also talked with your coaches that I was always ready to come over and give the training to your team. I was always happy to play against Irish teams as it was always in the best spirits and good games.

EB: Now that everyone is stuck inside, what old games would you recommend young players to go back and watch to learn from?
KI: Old matches I can recommend, as I said before, its so important to watch top games, top players to see their movement and learn. So which game would I recommend, OK let me think, definitely 1992 Italy and Spain the final it was fantastic, fantastic, out of this world different era of water polo, different rules but it was a fantastic match.

Also 2019 world league final with Croatia and Serbia, played in pouring rain but what a game!

EB: Thank you for your time Karl, It has been a pleasure to talk to you and get your views and learn from your experiences in the game.
KI: Thank you Eoin. I love the Irish people, by the way, my grandfather was Irish, from Belfast, my mothers’ surname is Nickle so I have very good connections with Ireland so thank you very much and it was a pleasure speaking with you. “